Salsa Celtica’s synthesis of Scottish and Irish traditional music with all the Latin American elements of salsa has taken them and their music all over the world. In the last ten years the group has been a hit equally at major celtic, jazz, world music and salsa festivals. Their albums have topped the New York and L.A. salsa charts and European world music charts, the band has been nominated for folk music awards and appeared as themselves in a feature film.

Their lineup combines some of Scotland and Ireland’s most exciting traditional musicians together with a stellar group of world, jazz and salsa musicians from the U.K. and Latin America. Salsa Celtica is a stunning combination of virtuosity and energy, making them one of the most exciting groups on the world music circuit today. Started in Edinburgh and Glasgow in 1995 Salsa Celtica has gone on to invent their own genre and then take it around the world and back again to critical and public acclaim.The group has released four studio albums, most recently the live “En Vivo en el Notre” also to critical and public acclaim.

“A stunning marriage of musical styles…”
The Scotsman, UK

“Not your average salseros , not to be missed”
LA Times, USA

“This unique group is a dynamic force on the world music scene”
Songlines, UK'

Salsa Celtica’s remarkable success story began in 1995 in the bars and clubs of Edinburgh and Glasgow. Emerging at the start of an era of Scottish folk resurgence alongside artists such as Shooglenifty and Martyn Bennett the group has constantly developed and experimented with their sound. From the early days of sessions and impromptu “descarga” gigs where Salsa Celtica were an immediate hit with the locals and the newly arrived Hispanic community the group have steadily grown in size and originality to where they are now known and loved worldwide.

After recording their debut album ‘Monstruos y Demonios’ (Monsters and Demons), Salsa Celtica took their music around the village halls of Scotland, from Skye to Mull, Iona to Barra, Lewis to Orkney, and everywhere in between. After this they travelled in pilgrimage to Cuba to hang out with salsa groups, including Son14 and Sonora La Calle, and to generally soak up Afro-Cuban sounds of Havana and Santiago de Cuba. Swapping whisky for rum they were asked to join in at musical / religious “bembe” gatherings and were invited to worship the Afro Cuban “orichas”.

After acquiring new tastes and skills they returned to Scotland to sign to Scottish folk label Greentrax. With the worldwide release of The Great Scottish Latin Adventure the band quickly gained recognition and fans throughout the world including to their delight and surprise a great following in the real salsa heartlands. In 2001 they were invited to tour the salsa communities of the the US from New York to LA where their sound had become an immediate hit. After a final triumphant concert in front of 5000 ecstatic New Yorikan’s Salsa Celtica returned to Scotland to work on their 3rd album. The album El Agua De La Vida was released in 2003 to public and critical acclaim, gaining a prestigious “Top Of The World” recommendation in the UK’s foremost World Music magazine Songlines and a top 10 in the Billboard review of the years salsa releases.

Salsa Celtica had established themselves as an important force in World Music in the UK and beyond, winning new fans and reaching a new level of profile and critical acclaim.

In 2005 tours of the UK and Canada and Europe kept the band busy. In June the band travelled to London to film two scenes for the movie Driving Lessons, starring Julie Walters and Rupert Grint.

The band then went back into the studio to record a new album, after a three year break. With the sound of the band now developed to include Scottish piping sensation Ross Ainslie and the internationally respected Irish banjo player Éamonn Coyne alongside their long time line up of fiddle, salsa instrumentation and Lino Rocha on lead vocals the group further expanding their sound by collaborating with Scottish harpists, Uileann pipers, guest Afro-Cuban vocalists and the English folk diva Eliza Carthy. Working with Calum Malcolm as producer the album was recorded live within 4 days.

Released in March 2006 the album El Camino again highlighted the imagination and creativity within the Salsa Celtica. The album has been a huge hit going on to be nominated for 4 BBC Radio 2 folk awards and leading to back to back world wide touring for the group over the following 3 years.

In 2014, Salsa Celtica released their 5th studio album, The Tall Islands, with new material composed and developed on a back to roots “village hall” tour of Scotland’s Highlands and Islands. The band went back and dug deeper into their collective Celtic and Latino DNA and shared group history to distil a rich and soulful collection of tunes that point to an exciting future.

The most recent two Albums 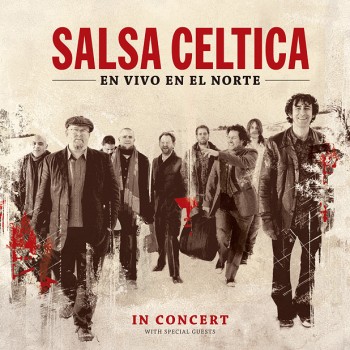 The Salsa Celtica “all-star big band” was captured live in concert on the 22nd of November at the Universal Hall in Findhorn by Scottish producer Calum Malcolm (who also mixed the album). The concert was our last gig after a year of touring around the USA and Europe. For the concert we were joined with special guests including melodeon player Dermot Byrne from the Irish super group Altan and salsa trombonist Joe De Jesus from the Bronx NY who has played with every one from Tito Puente to David Byrne.

The gig was great fun for us and the 13 track recording (including some new sets) really captures the atmosphere and the band at our energetic best.

“We are proud to the present The Tall Islands, our 5th studio album. To write and rehearse the new material we played a short tour of the Scottish islands, including gigs on Skye, Mull and Lewis.

Right at the end of the tour a gig came in headlining the salsa carnival in Gran Canaria. Going from the cold waters and small village halls of Scotland to a huge open air gig in the Canaries somehow seemed to tie up the tour and reflect who we are as a band.

The time spent together, on the road and water, the places we visited and people we met seems to have resulted in a “rootsier” more folkloric sounding album. Part of this more folkloric sound is that for the first time we have worked on 4 new tracks developed from traditional Scottish Gaelic material, we are very pleased with the way they and all the tracks worked out.

It’s been a long wait but we think it’s been worth it, we hope you enjoy it!” 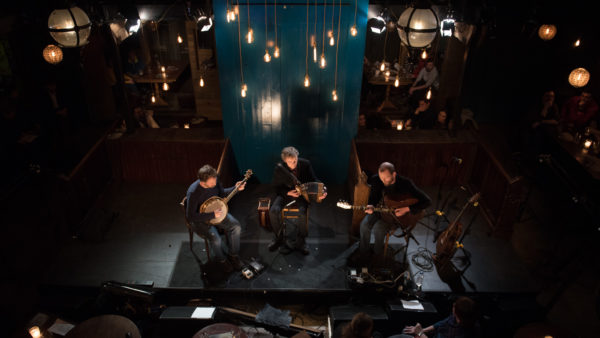 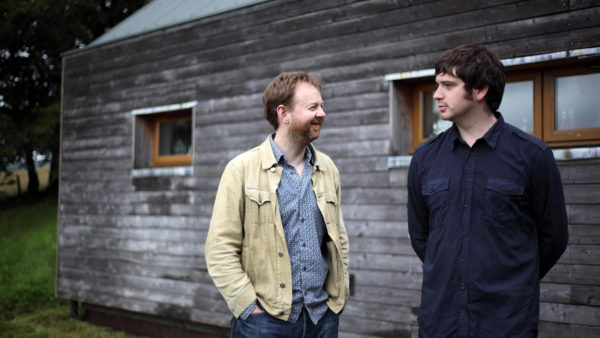 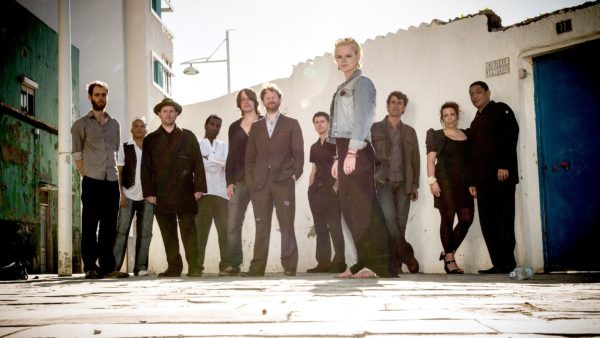 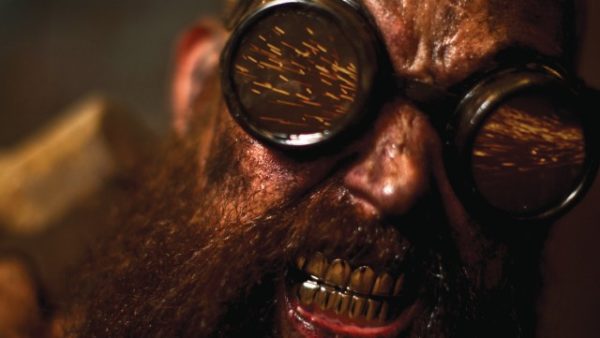