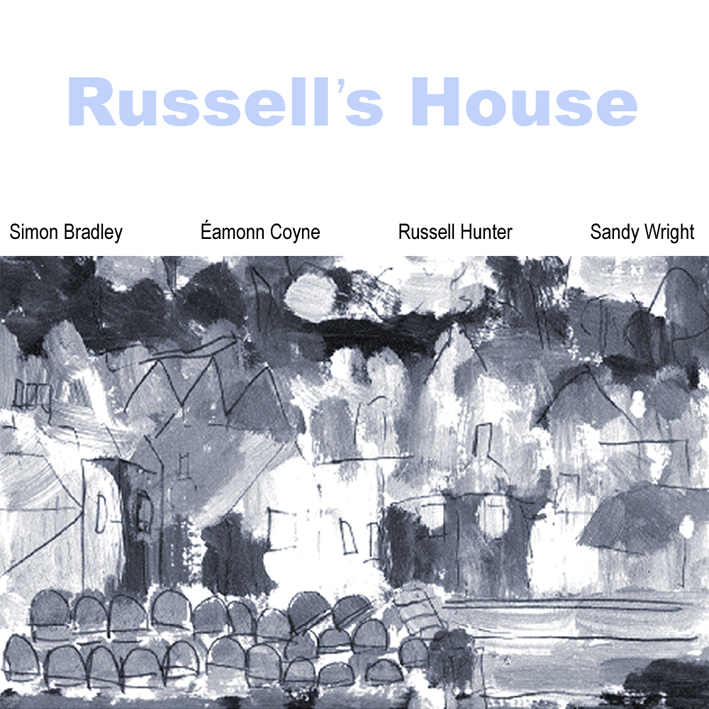 Éamonn has also recorded with Russell’s House, a band based in Edinburgh, Scotland.

The band are Simon Bradley on fiddle, Éamonn Coyne on banjo, Sandy Wright on guitar & vocals and Russell Hunter on piano & fiddle.

Their first critically acclaimed, (and to date only) cd “Russell’s House”, was released in 1999 and has reached a somewhat ‘cult status’ at least in it’s Scottish homeland.

This is how it looks (and there were only 1000 pressed) and there are very few new copies still available to buy:

The cd is available here (for a limited time as there aren’t many left).